Posted on August 15, 2017 by 9thbrunswickscouts 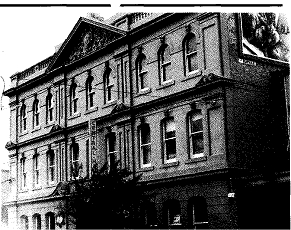 9th Brunswick has a long and proud history, perhaps most notable as the birthplace of the Melbourne Gang Show!

But the real beginning of the Melbourne Gang Show story came in 1951 when the 9th Brunswick Scout Group staged a musical comedy written by Ralph Reader called “We’ll Live Forever”. The Group Leader of 9th Brunswick John Wass, who had seen the London Gang Show, tried to get Victorian Headquarters to start a Gang Show. They showed no interest and so John Wass set his group to work on a more manageable show. But in 1952 Headquarters decided to back a second season of “We’ll Live Forever” and this led to the establishment of the first Gang Show in 1953 when it was decided that the London Gang Show formula could be presented to Melbourne audiences. Levi Molineux would be its producer / director; and John Wass became the first publicity director. It was clear that there was ample talent and enthusiasm within the various scout groups in Melbourne and its suburbs to emulate the London Gang Show.
– Melbourne’s Gang Show History, taken from Melbourne Gang Show’s 2002 Program, written by Graham Farley and David Jefferson

That quote is taken from the official Melbourne Gang Show website, where you can find out about just what a Gang Show is and how the name came to be. The show is over for 2010, so start warming yourselves up to the idea of being involved in the next show!

← Enjoy the fun and adventure of scouting
2017 ARAP photo gallery →